WFO congratulates Dr. Tedros Adhanom Ghebreyesus, elected today by the Member States of WHO as the new Director-General of WHO.

Dr. Tedros Adhanom Ghebreyesus was nominated by the Government of Ethiopia, and will begin his five-year term on 1 July 2017.

Prior to his election as WHO’s next Director-General, Dr. Tedros Adhanom Ghebreyesus served as Minister of Foreign Affairs, Ethiopia from 2012–2016 and as Minister of Health, Ethiopia from 2005–2012. He has also served as chair of the Board of the Global Fund to Fight AIDS, Tuberculosis and Malaria; as chair of the Roll Back Malaria (RBM) Partnership Board; and as co-chair of the Board of the Partnership for Maternal, Newborn and Child Health.

As Minister of Health, Ethiopia, Dr. Tedros Adhanom Ghebreyesus led a comprehensive reform effort of the country’s health system, including the expansion of the country’s health infrastructure, creating 3500 health centres and 16 000 health posts; expanded the health workforce by 38 000 health extension workers; and initiated financing mechanisms to expand health insurance coverage. As Minister of Foreign Affairs, he led the effort to negotiate the Addis Ababa Action Agenda, in which 193 countries committed to the financing necessary to achieve the Sustainable Development Goals.

As Chair of the Global Fund and of RBM, Dr. Tedros Adhanom Ghebreyesus secured record funding for the two organizations and created the Global Malaria Action Plan, which expanded RBM’s reach beyond Africa to Asia and Latin America.

Dr. Tedros Adhanom Ghebreyesus will succeed Dr Margaret Chan, who has been WHO’s Director-General since 1 January 2007. 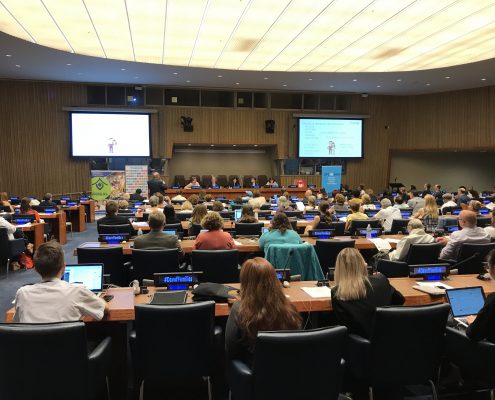 The United Nations Division for Social Policy and Development (DSPD), in partnership with the Department of Public Information Non-Governmental Organizations (DPI NGO) held a briefing in observance of the International Day of Families 2017, under the theme “Families, Education and Well-Being. 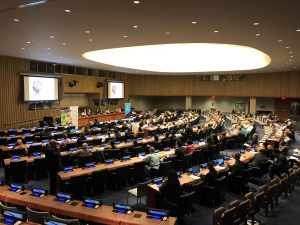 The event was open to the public held on Thursday, May 18th, 2017, a the Conference Room 4, United Nations Headquarters, NY, and WFO will be represented by Mr. Bruno Ricardo Lopes, Vice President for Financial Affairs.

The Day will highlight the importance of all caregivers in families, be it parents, grandparents or siblings and the importance of parental education for the welfare of children. It will focus on good practices for work-family balance to assist parents in their educational and caregiving roles. Good practices from the private sector in support of working parents, as well as youth and older persons in the workplace will also be highlighted. 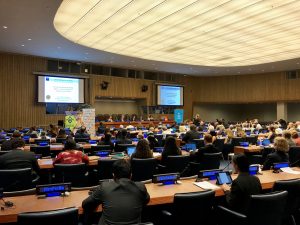